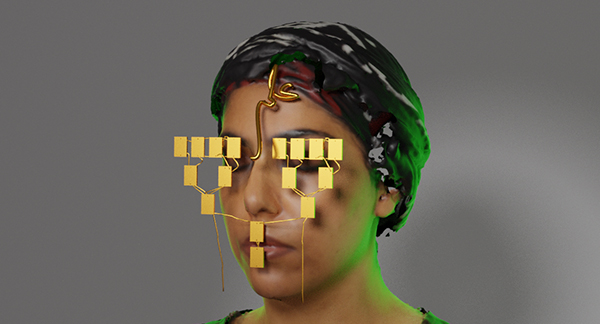 Shirin Fahimi is a digital media artist born in Iran and based in Ontario. She investigates the colonial dichotomies of rationalism and superstition, as well as the ways in which women negotiate access in the political arena in Islamic societies through digital world-making. Since 2016, she has developed her practice into a body of works, multi-media installations, performances, and an extended reality series based on the Islamic binary code method of divination called Ilm al-Raml (also known as geomancy). In her ongoing project Umm al Raml’s Sand Narratives, she juxtaposes the spiritual journey of Iranian women practicing mysticism in Toronto with a digital landscape generated through divination that imagines the future of female prophecy. Its current iteration opens today (March 25) at articule and continues until April 23. Fahimi is also giving an artist talk on Saturday, March 26 at La Centrale in Montreal. 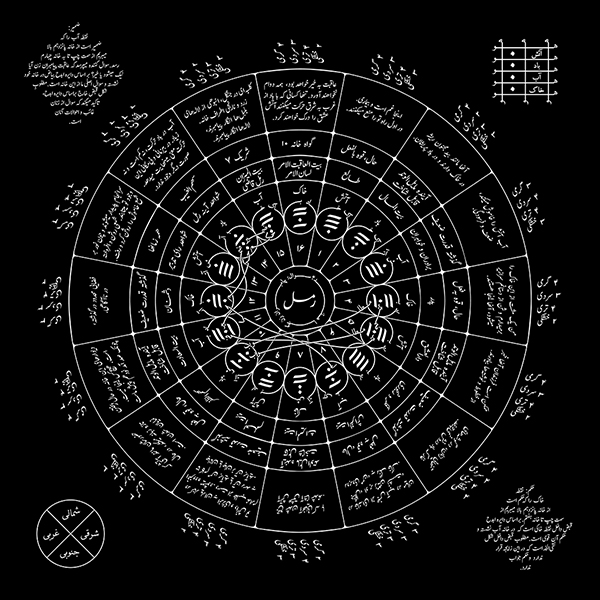 Arabic and Islamicate occult science, Ilm al-Raml, a terrestrial division, was commonly used by the elites, scholars, and courts throughout the premodern Islamo-Christianate world. Through my research, I learned that this “science of sand” was considered as an applied mathematical science alongside astrology, philosophy, and mathematics from the 12th Century. Hence, it became essential for me to revive such sciences and ways of knowledge-making that have been shortened as irrational or superstitious in the contemporary era. Like some other divinatory methods, Ilm al-Raml is based on binary codes (one and zero configurations) in which it systematically defines and divides space, time and material. I immediately became interested in the link between digital technology prediction methods and Ilm al-Raml divination. How would our understanding of time, space, and material differ in the digital environment if we used Ilm al-Raml as technology? 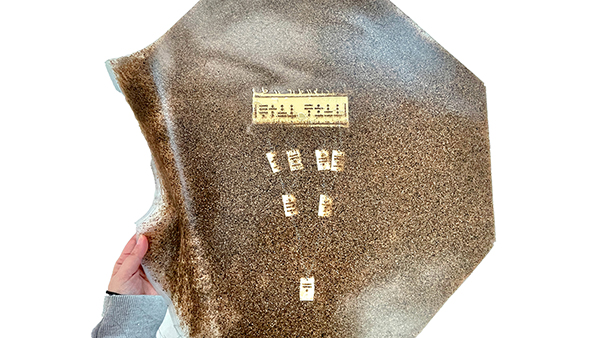 Sand and silicon are recurring elements in my practice, even though I mostly work digitally. On the one hand, I’m fascinated by the landscape in Iranian mysticism, in which the desert is transformed into a place where otherworldliness might be encountered. On the other hand, I am critical of the East being portrayed as a vast and empty desert in need of modernization by the West, which is a detrimental representation by the Western gaze. Sand’s material fluidity blurs the horizon of separation between sky and earth. In the divination methodology I use, Ilm al Raml (the science of sand) becomes a medium to create patterns and connect the terrestrial to the celestial realm by opening doors to different possibilities and temporalities. Furthermore, in my research, I like to think about the connection of sand to technology, from the journey of silica sands to silicon used in computer chips. The increased global demand for sand in urbanization and computing devices creates environmental and political side effects. 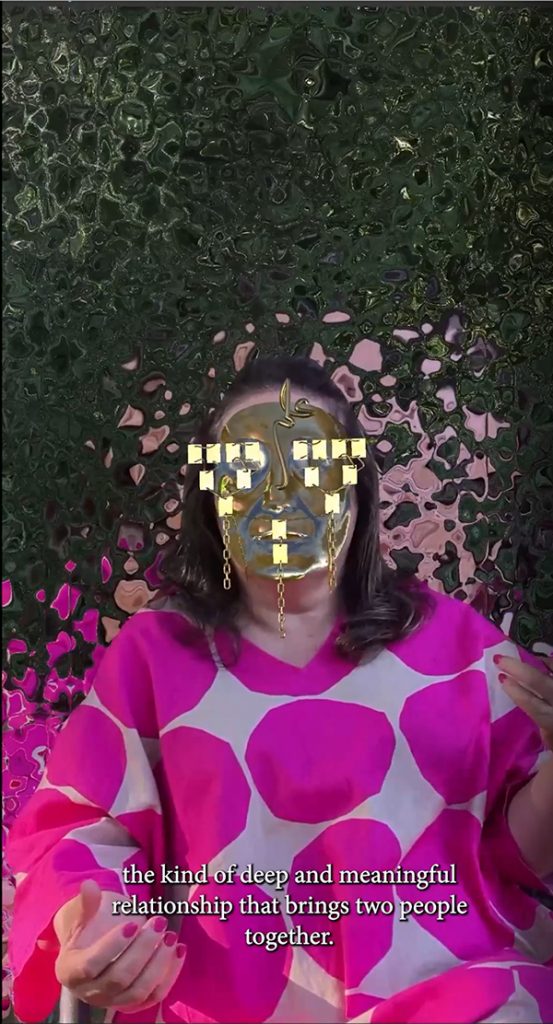 Shirin Fahimi, An Interview with Avaz-e-Eshgh2021-2022, screenshot of the video

I interviewed four Iranian women living in the diaspora in Canada about their journey to mysticism for my recent project Umm al Raml’s Sand Narratives. It was a true honor to spend time with them and travel through their past, present, and future. There were instances when I became emotionally involved with them, and their past became my past as well. Since the interviewees wished to remain anonymous, I used augmented reality to cover their faces with a mask I created for the persona of a female divinator. I am interested in navigating different methods of interviewing and presentation as this work continues. I’d like to hear more narratives and be able to share their knowledge of life in my work because I sometimes feel that after immigration and living in the diaspora, our pasts become blurry.

My first engagement with technology was inspired by Morehshin Allahyari, a dear friend and an inspiring artist. Her research is on Digital Colonialism as a “framework for critically examining for information technologies to be the tendency in ways that reproduce colonial power relations.” While in my work I point to the invisibility of the figure of a female prophet historically and in society, I also face an Islamophobic environment and lack of such a presence in the digital landscape. I remember that at the beginning of my digital experimentation for creating the avatar of the Umm-al-Raml figure, I tried to use the available 3D characters that are mostly used for gaming industries. But no matter how much modification I made to those models, none of them could look like Umm-al-Raml. I decided to take a 3D scan of my own body and give birth to it in the digital environment. In order to create what has been invisible in that world, I needed to get outside of it and give birth to a new image. 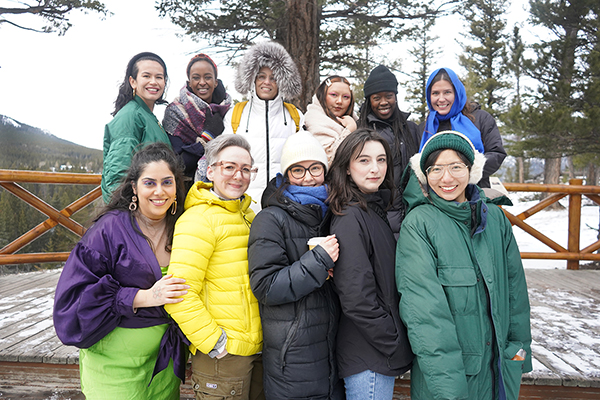 This winter I had the privilege of participating in the Banff Center’s Artist in Residence programme. It was one of my most rewarding experiences, especially after such a long period of not being near people and groups during the pandemic. I am extremely glad for the opportunity to have been among these incredible artists and faculty members. We formed a bond to support one another through hardship, joy, and inspirational thoughts. This image is from March 20. Everyone joined me in celebrating Nowrouz, the beginning of spring and the New Year according to the solar calendar.